Students and teachers travel to Turkey

Students and teachers meet their project partners at school. Ice-Breaking and presentations about the regions are the first activities to do in that visit. In the afternoon, there were
welcome activities at a language academy and a visit to the Education local administration.

Sport activities for the students and school vlogs and digital diaries presentations. Teachers explained to the different classes general culture about their countries.

Students and teachers travel back home.

We started our stay in Inowrocław with a visit in school and the guests were warmly welcomed with bread and salt by two 5th-grade pupils in traditional Polish costumes.

Next, 2nd graders sang a song for us, we went on a tour of the school and the artistic part took place. Pupils from a bilingual class prepared a show, in which they sang, danced and told stories about Inowrocław and its attractions. 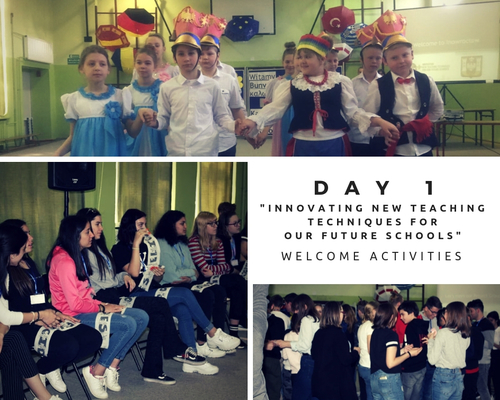 Then, pupils did some activities which aim was to integrate the project group. 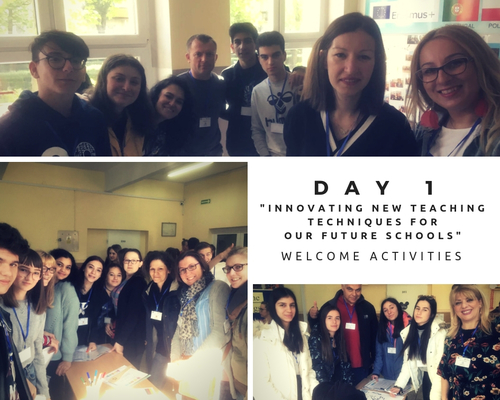 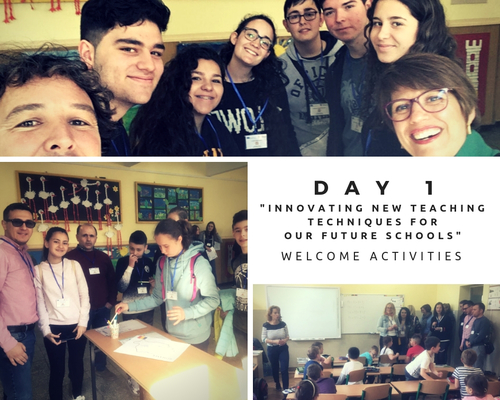 In the afternoon, everybody went to see the main square and explored the city. After lunch we played a game in the Solanki Park, a map and online activities were included. In the evening, pupils stayed with the host families, had some time to know their partners better and improve English language communication skills. 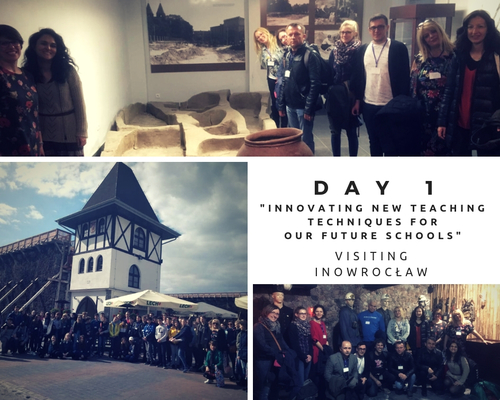 The results of Solanki Game: 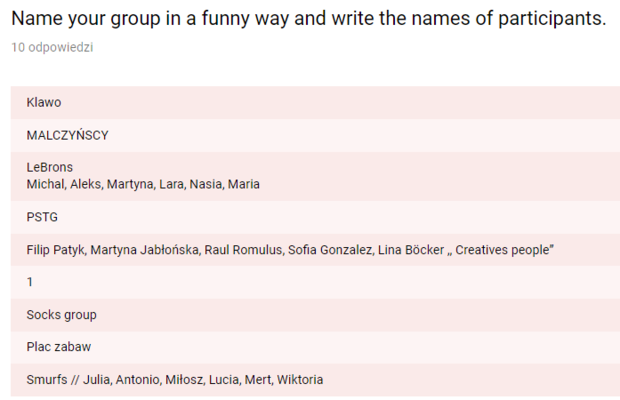 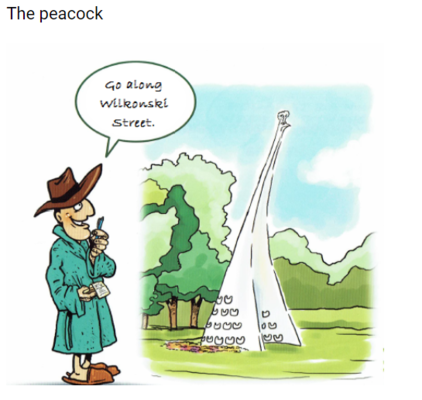 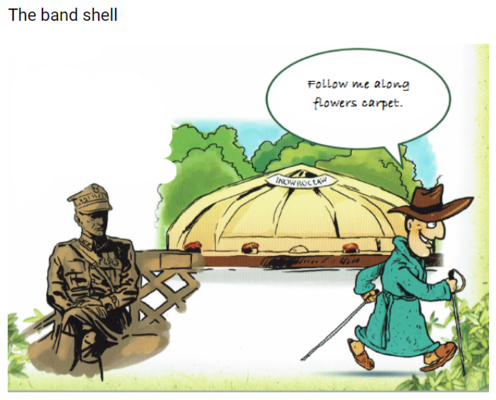 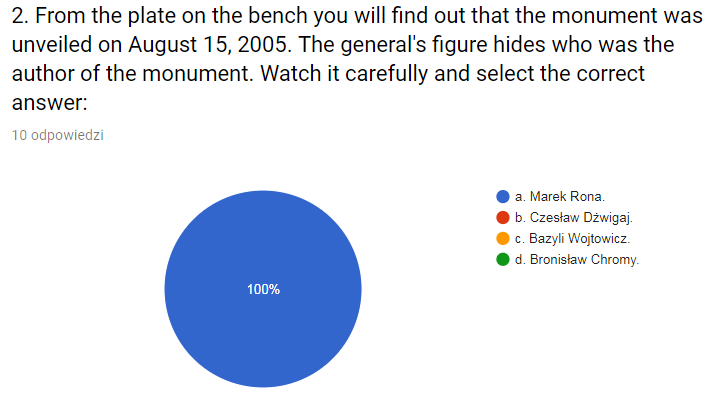 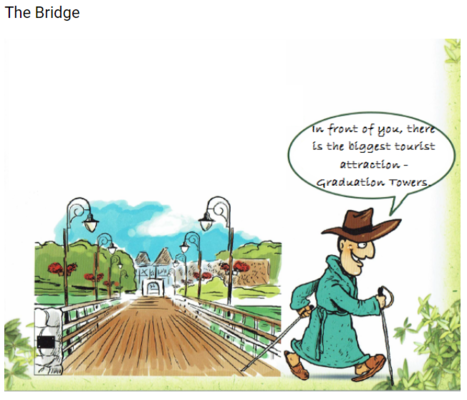 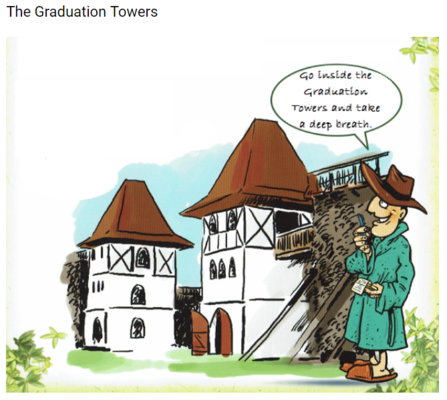 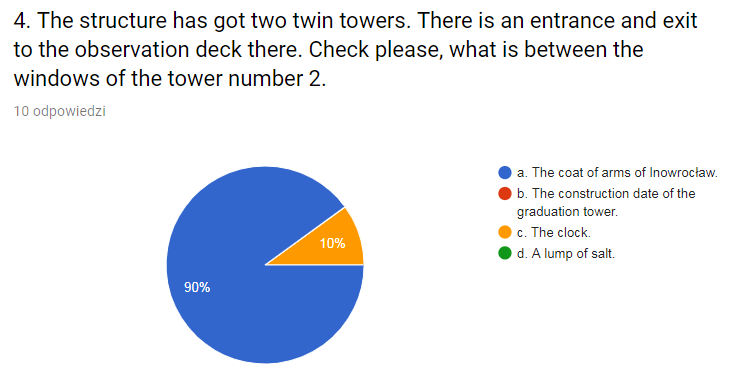 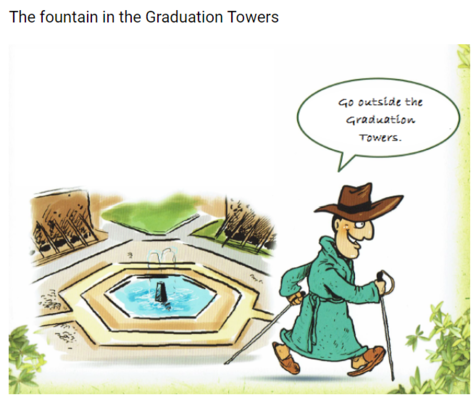 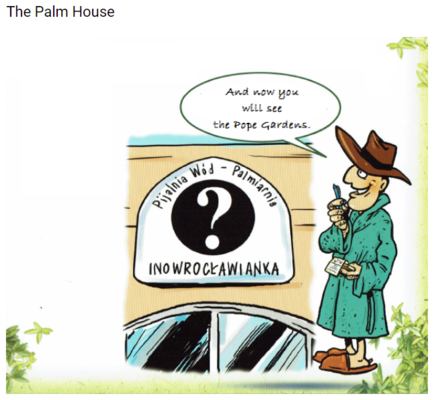 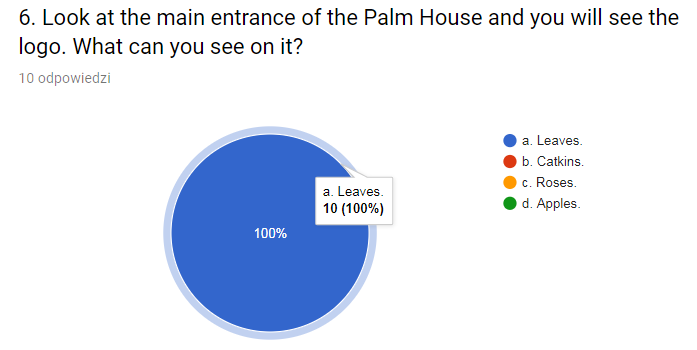 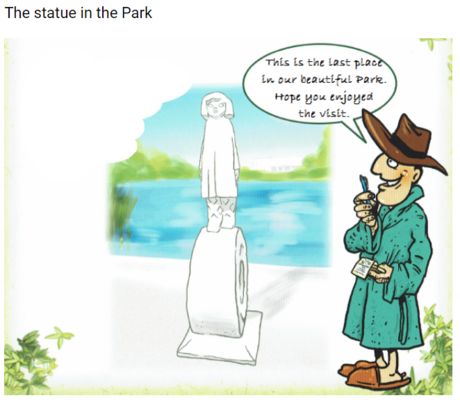 Today we travelled to Toruń where we visited the city with a guide and later on we had a GAME with tasks and places to discover. 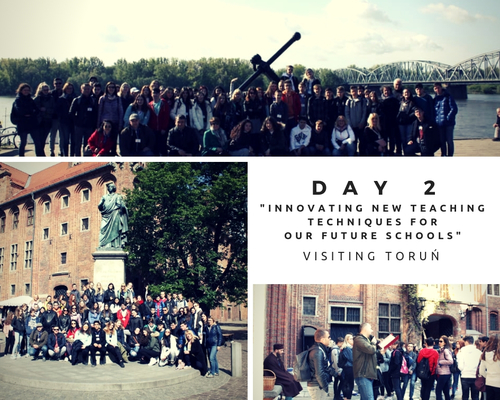 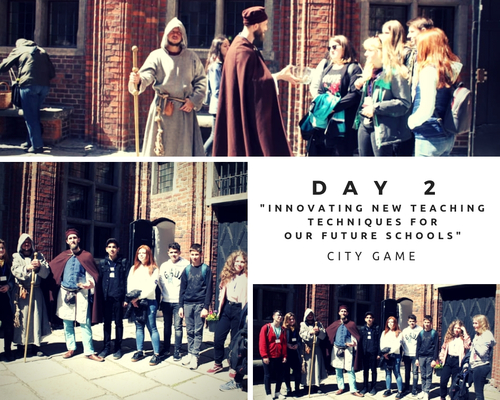 Then we tried ourselves in solving problems in Escape Room. In order to get the key and open the door, students and teachers had to cooperate with each other and they solved crime scenes like Sherlock Holmes, disarmed a bomb, created some magical gold and even dived into an underwater world. 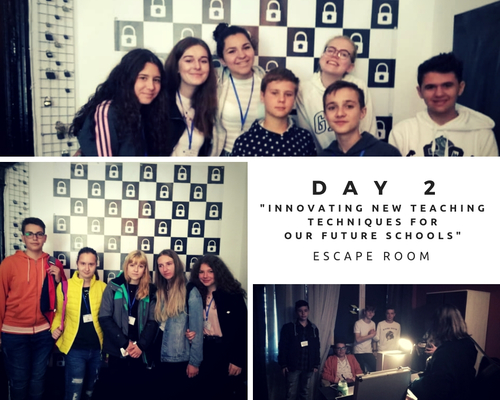 Pupils worked on the project tasks from the very morning and started the day with Energizer – awarm-up. They took part in sports activites, played Tangram and did Hour of Code. 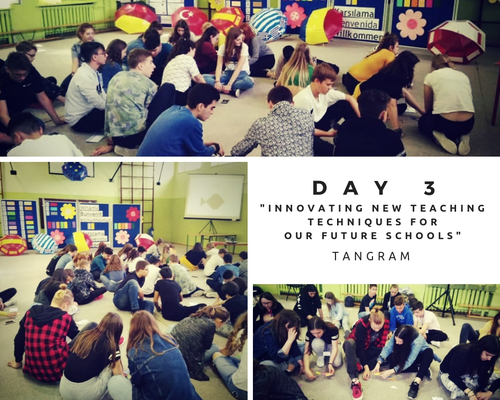 Teachers from Spain, Greece and Germany presented their countries and showed the lesson to the other teachers and students who were not involved in the project. Students were delighted, especially from the fact they won treats. Later on the teachers had a coordinators meeting during which we talked about inter-report. 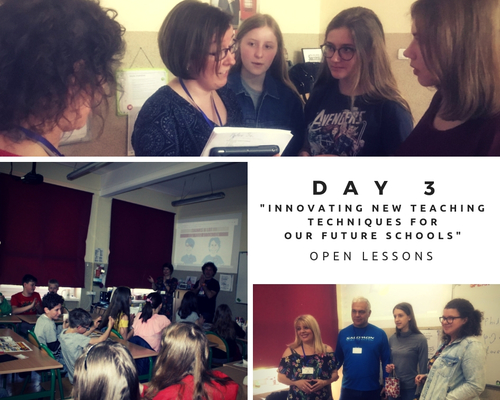 After all we had students presentations about their schools, countries and regions. 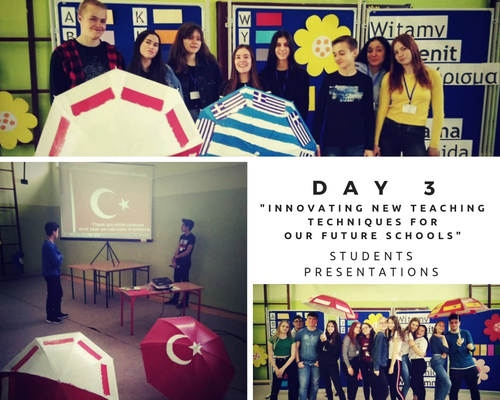 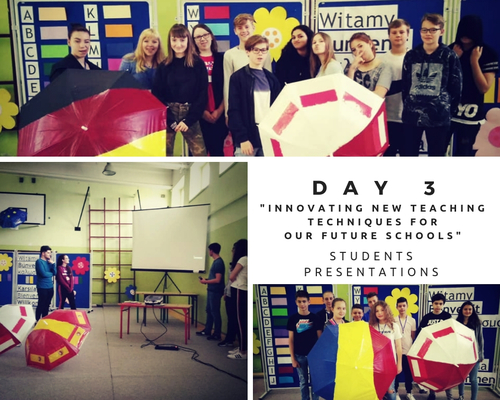 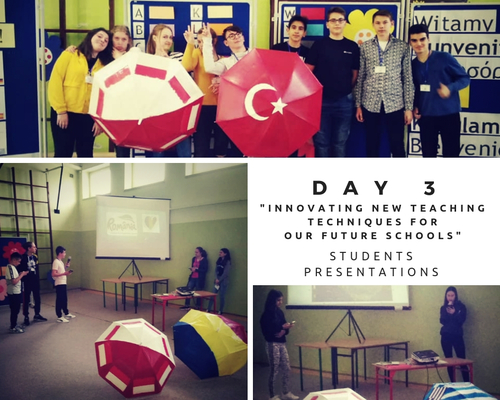 At the end of this day students and partners went to the bowling alley and had a disco.

The teachers visited the Salt Mine exhibition.

Thursday was also a very busy day for us. Everybody worked really hard. Romanian teachers conducted a lesson with 3rd graders and Turkish teachers with 7th graders. 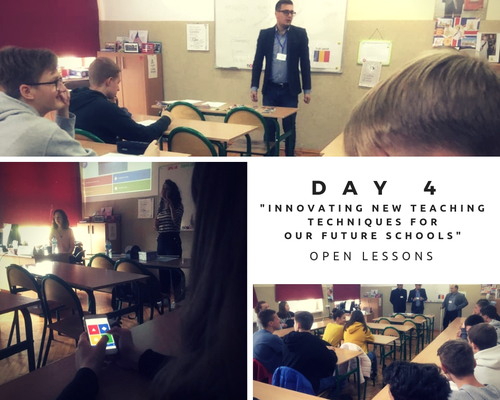 After lessons, we had a coordinators meeting, during which P-activities plan and Mobility in Turkey plan was discussed. 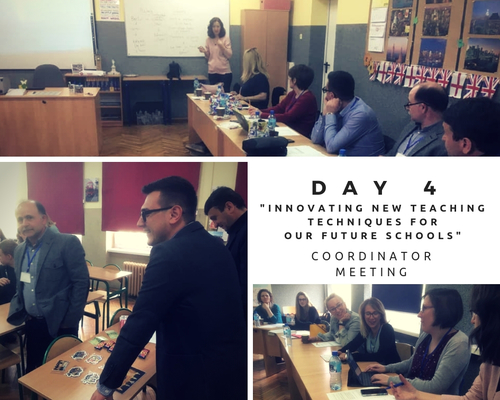 At the same time, pupils had an Energizer, sport activites, Themed lexicon and a workshop on robotics. 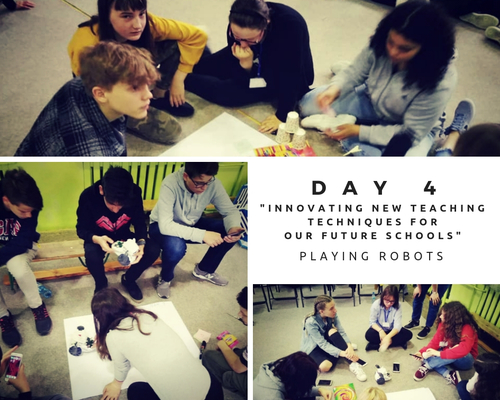 After this we all did the quiz about social media and we could see the results very quickly. At the end of the day everyone fingerprinted a tree summing up our mobility. 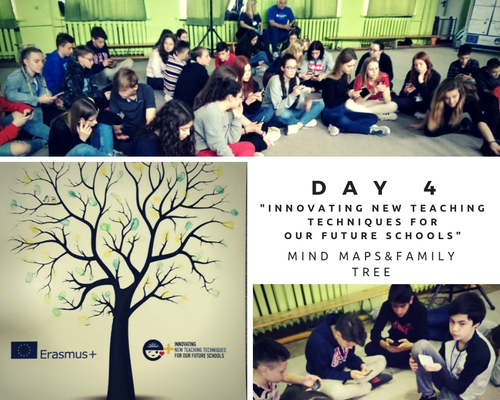 In the afternoon, students spent time with their partners and families.

Today pupils with their partners and teachers went to Tri-city – Gdynia, Gdańsk and Sopot.

In Gdynia we visited the Experyment Center, could touch everything and saw how it works. 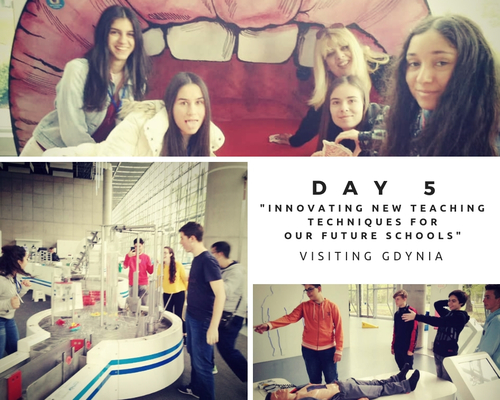 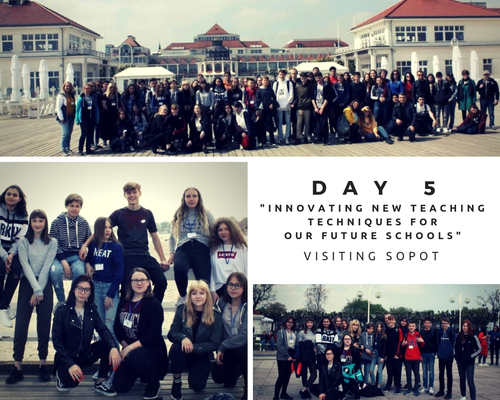 In Gdansk, one of the most beautiful Polish cities,​​​​​​​ which is situate​​​​​​​d at the seaside, we used ActionBound to find a few specific locations in the Old Town.​​​​​​​ 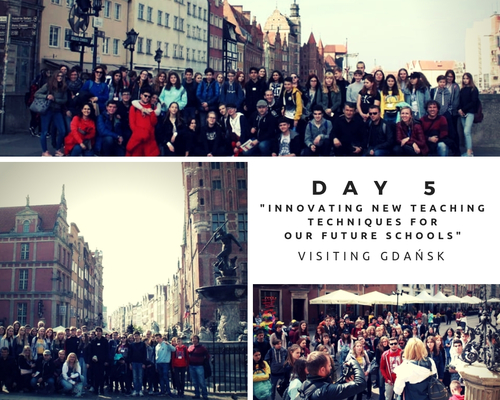 The results of the CITY GAME

Diaries after the visit in Poland

Diaries after the visit in Poland from Turkeypoland.pptx

Diaries after the visit in Germany

Polish students have prepared their travel journals as presentations in Power Point.

The Spanish students who visited Hamm wrote a brief journal of their experience.

The Greek students share their experiences after visiting HAMM